The role of power relations in a p2p economy 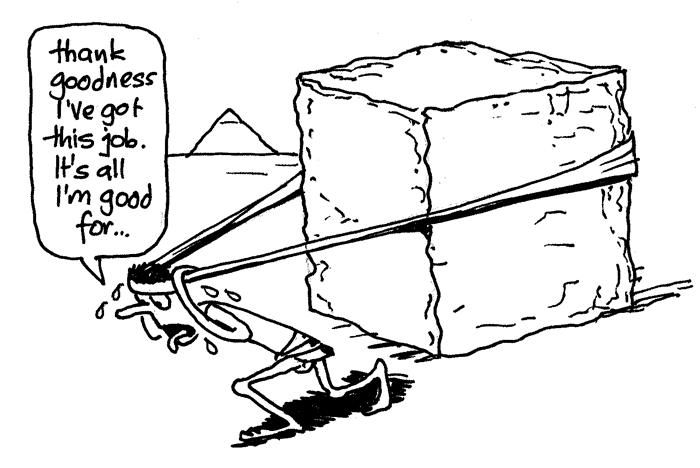 The #occupy movement, which is a surface manifestation of a deeper Multitude movement, is in fact a refutation of power. Not only of the "power in place", i.e. big banks, governments, etc. but of what we call "instituted power", the kind of power your boss has over you. The consensus decision making process, a form of direct democracy that has been adopted by the #occupy movement, is the most obvious affirmation of this refutation of instituted power relations, which until now has been seen as a necessary structuring mechanisms of society.

Where is this coming from? Was it there before? Is this pure Utopia? Or is there something fundamental happening, which makes instituted power relations lose their importance?

It is our conviction that the Multitude constructive revolution drives the world towards a p2p economy, which we also like to call a swarm economy. The p2p economy shares a common thread with the #occupy movement, which is also an important cord in the Multitude movement. This movement is about the empowerment of the multitude, of the individual, of all individuals seen as members of communities, not as isolated creatures. This empowerment is not declared. It comes naturally through the use of the new digital technology, which offers a lot of potential to networked individuals. The most important dimension of this empowerment is economic, i.e. access to processes of co-creation, distribution, and consumption. Economic empowerment is fundamental, because freedom cannot exist for those who cannot sustain themselves.

Empowerment of all individuals to the detriment of a few (still) "in power" is in fact decentralization of power, i.e. suppression of instituted power relations. These large value producing p2p networks formed by the Multitude (which is seen as a networked, highly coordinated and coherent mass of individuals) are value-based organizations. They are growing stronger every day, to the detriment of power-based organizations, or hierarchies. See more on the Open Value Network model.

During the last four years of our studies we uncovered two reasons why power-based relations are becoming less operational. These reasons are made evident in two famous cases: the #occupy movement and Wikipedia.

We were used to hierarchical social movements. These were movements that had strong leaders, like Martin Luther King in the civil rights movement in the US, or Lenin and Mao in the Russian and Chinese communist movements, or Fidel Castro and the Che for the socialist movement in Cuba, etc. When you think of a massive social movement in the past you immediately associate a face to it. What is the face of the #occupy movement? Try again.., Are you surprised for not finding a face?

Why didn't we have large scale decentralized movements like #occupy in the past? Because they were impossible!

Human relations based on power, more precisely instituted power relations, insures the transfer of information in large social settings that are deprived of effective means of communication, and are critical for maintaining a sustainable level of coordination. In this context, power relations produce reliable and secure information pathways between important functional parts of the system. These information pathways are based on human accountability and trust, which sometimes relies on "you deliver the message or I order to kill you". Moreover, in these conditions of poor communication and coordination large systems need to centralize, i.e. to form centers for data and information processing, to form a locus of analysis, command and control. Egalitarian tribes in the past were only stable at small scales, with a maximum mass around the Dunbar's number. Throughout history and anywhere on the planet, large societies formed centralized political systems and economies. This was an inevitable path of evolution in an environment of continuous fights for supremacy between tribes, clans, kingdoms and empires.

Today, there is another way to insure efficient information transfer and good coordination at the level of the individual, without spatial barriers, in real/effective time. #occupy made heavy use of Internet technologies, of large scale p2p communication and coordination systems. Analysis and planning became distributed processes, swarms. In this context, power relations lose their "raison d'etre", or at least their role is greatly reduced.

Let's move now to economic systems. Imagine a group of individuals collaborating on a project. Let's suppose that the project is somewhat complex and requires many different special skills, so that it needs a division of tasks/roles. There would be a minimum number of individuals required to fill all the necessary roles in order to complete the project. If at least one role is occupied by a single participant, that individual has a monopoly on that specific activity. If this individual becomes a delinquent, doesn't respect priorities set by the group, delivers poor quality, etc. the group is in trouble, because the project cannot get completed. In order to make things work, the groups must find ways to force this individual to adjust his behavior. But in a horizontal environment, where there is no instituted power, no one cannot fire the delinquent member. One way around is for the group to devise rules for corrective actions and exclusion. Such rules are needed, but they should only be used in very extreme cases. Another way around is to add redundancy into the system. Mechanism of coercion become unnecessary when there is freedom to fork a project, when a project is open AND when there are more than one individuals ready to fill a role. If we think of Wikipedia, no one is forced to write or to correct an article in a particular way. No one is punished for having produced a lousy article. And yet, Wikipedia's value as a repository of knowledge is continually growing. That is because there is a lot of redundancy within the system. There are hundreds or even thousands of individuals with all the necessary skills for a specific task, and everyone's input is checked and refined by many others. The system doesn't rely on key individuals to do something. Wikipedia doesn't even have efficient exclusion rules for vandals. It is too easy for a banned vandal to come back with another account and continue the harm. The system stabilizes statistically above the critical mass, i.e. the number of good-doers surpasses the number of wrong-doers, therefore vandalism get's corrected easily and immediately and the vandal loses interest. No need for coercion. Therefore, in large scale open systems quality and deterministic action is insured by shear statistics, no need for power relations to coerce someone to do something in a certain way.

By AllOfUs
Posted by TiberiusB at 10:29 PM

Other ways to view this blog: Timeslide, Sidebar.